Writer and Topical Steroid Withdrawal Warrior Kelley Toews published her first urban fantasy novella, The Peculiar Disappearance of Jillian Sanchez, which she wrote while homebound and suffering through TSW. Kelley reached out to ITSAN to share her experience as she neared one year TSW and to help motivate others going through TSW.

ITSAN: Hi Kelley, Thank you for sharing some of your story with the TSW community. How did your health condition begin? How did you discover what you were going through?

Kelley: I was diagnosed with eczema when I was about two years old. From this point on, topical steroids were consistently prescribed to treat my persisting symptoms and my condition remained relatively manageable until I reached my late 20’s.

I didn’t know it at the time, but looking back there were two initial signs of TSW that I noticed. The first was that the small patches of eczema that I had always had began slowly expanding, and the second was that little red dots started to appear on completely new areas of my body, specifically on my face, chest, and arms.

I actually experienced Topical Steroid Withdrawal twice and the first time was completely by accident. I had exhausted my options with the health care system so I decided to see a naturopathic doctor for a new approach. The first thing they did was put me on an elimination diet to see if I was having reactions to food, so I decided to stop using topical steroids at this time because otherwise I wouldn’t have known if the diet was helping or not.

Shortly after, I began having full on TSW symptoms, but at the time I had still never heard of the condition so I was beyond confused. I stuck to it for a few months before going back to using steroids. It was at some point during the following year that I learned about TSW by watching random YouTube videos about treating eczema naturally. I looked into it further and everything that had happened to me suddenly made sense. After watching Briana Banos’ documentary, ‘Preventable’, I knew that I was addicted to steroids and that the only way I could heal was by going through TSW.

ITSAN: What were some of the hardest parts of Topical Steroid Withdrawal?

Kelley: If I had to choose the most difficult aspect of this illness, I would say it was the process of trying to figure out my true diagnosis. The symptoms of withdrawal were horrendous and having no medical support was terrifying, but throughout all of the months I spent huddled under blankets in pain and confusion, I could always fall back on the relief of knowing that at the end of each day I was one day closer to being healed.

The two years leading up to my withdrawal were the hardest because I kept getting passed along to different specialists including multiple physicians, a dermatologist, an allergist, and a naturopath. All of these individuals treated my symptoms as they would eczema so my condition only continued to worsen. My eventual diagnosis of TSW was something I gave to myself based on my own research. It was extremely intimidating to go against the opinions of all of these professionals who (other than the naturopath) all encouraged me to either upgrade to oral steroids or begin the process of regularly injecting immunosuppressants.

At this point my symptoms were already making simple tasks incredibly uncomfortable, but instead of following the doctors’ advice, I decided to stop all treatments based solely on a hunch and information I had discovered online.

As soon as I stopped using steroids, all of the TSW symptoms I had read about began to unfold. Strangely, this brought me a lot of comfort because it strengthened my confidence in the fact that I had made the right choice. 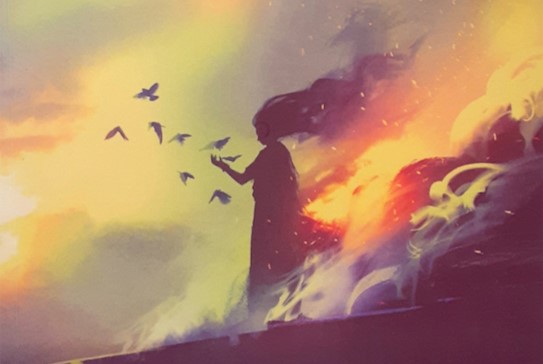 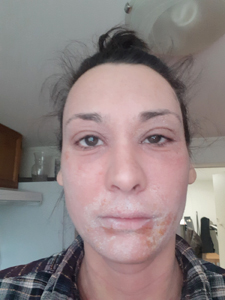 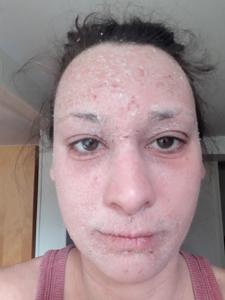 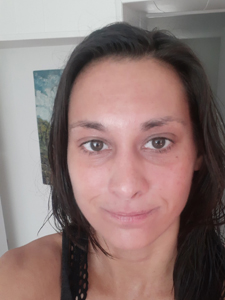 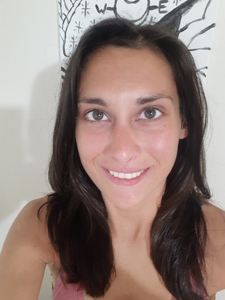 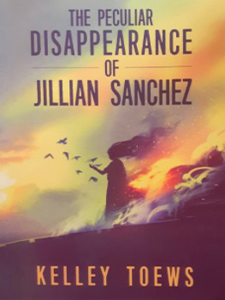 ITSAN: How did writing help you during Topical Steroid Withdrawal Syndrome?

Kelley: As many of us have learned from this past year of lockdowns and quarantines, there are only so many hours you can spend binge watching Netflix before it stops being entertaining. Writing was a godsend for me because it was both intellectually and creatively stimulating during a time when I had to remain physically still and isolated from society and the outdoors for months on end. It helped me process the physical and emotional pain I was experiencing by placing it all on a fictional character instead of on myself.

Kelley: Hope – during my withdrawal, I continually replayed the same mantra over and over in my head which was, “Every day that ends means I am one day closer to being healed.” This phrase gave me hope for a better future and it provided me with the unwavering strength to not go back to using steroids. I also had hope that at the end of all of this I would be healthier than I had ever been because for the first time in my life I would no longer be unknowingly poisoning my body.

Perseverance: For me, hope and perseverance went hand in hand because hope gave me the strength to persevere. To persevere means different things in different situations, and during TSW it simply meant being patient and staying mentally stimulated so as to distract myself from my physical state.

Transformation: I don’t think you can go through TSW and not come out the other end transformed. I went from thinking I had a chronic illness that I would have to battle for the rest of my life, to realizing that the cause of my lifelong illness was the medicine that was supposed to be healing me. It was mind blowing. That can’t not change you.

The physical transformation that takes place is also significant as you observe your body navigating its own way through trauma and healing completely out of your control. At a certain point I decided to fully embrace my powerlessness and just take each day as it would come. This mindset was really helpful, but I remember at times feeling completely detached from my body, as if it were its own organism and I was something else coexisting symbiotically from within it. I still feel this way a lot of the time.

Going through TSW opened my eyes to new ideas and it forced me to face unique challenges that taught me new things about myself. It transformed my perspective on healthcare and remolded my relationship with myself and the people around me. These adjustments were profound and they ultimately transformed my entire perspective on life and existence.

ITSAN: What are some books that have inspired you?

Kelley: There were a few books I had read prior to this experience that ended up inspiring my approach to handling it:

“The Untethered Soul” by Michael A. Singer

“A New Earth” by Eckhart Tolle

ITSAN: Thank you Kelley, for sharing your story, your writing and for encouraging TSW warriors to have hope as they persevere and heal!

You can find The Peculiar Disappearance of  Jillian Sanchez on Amazon. Please select International Topical Steroid Awareness Network as your favorite charity in the Amazon Smile program. Thank you for your support!

Finding Your Path ~ Back to School for TSW Warriors