My Life During Topical Steroid Withdrawal – A Documentary

Cecillia’s story is only one story out of potentially hundreds of thousands or more throughout the world that are going through Topical Steroid Withdrawal. The more stories that are shared, the stronger the community will become. It’s a snowball effect and this is our effort to contribute to that movement.” -Carlos Torres, Director

“This could have been prevented. Something that I thought was meant to improve the quality of my life was just a band-aid slowly poisoning me and I had no idea.” -Cecillia French

“Since a child, Cecillia French, a fiancée and mother of one, has been prescribed various types of topical steroids in efforts to treat her mild eczema. At the age of 30, she realized that her skin flares happened more frequently and overtime became more resistant to the steroids prescribed. Nevertheless, she continued to take steroids as they have been the only source of treatment offered by her medical physicians.

She continued to go through the motions of “maintaining” her skin until she came across medical studies online pointing out that the very steroids used to alleviate her supposed worsening eczema may be causing a reaction known as Topical Steroid Withdrawal Syndrome. The concept is simple. Over periods of time, the body develops tolerance to topical steroids. As a result, the body requires more application of the steroid than previously needed to achieve the desired results. Cecillia realized she’s been fueling the fire with gasoline rather than extinguishing it. On February 15th, 2021, she stopped the use of steroids on her now dependent body.

Never did she think the dependency of steroids would cause her body to deteriorate without it. Stopping steroids completely is a controversial recovery approach in the medical field, but a successful approach for almost everyone that has followed this path. Her story is a testimony of her courage, patience, and confidence as she fights the hardest fight of her life in efforts to reach the finish line. The question is, where is the finish line?” -CutFocus Production Company

“This film was produced to spark conversation and represent those out there who may endure this condition in silence. Creating a movement in raising awareness requires a community. Most importantly, it requires those within the community to feel confident to share their story. Cecillia’s story is only one story out of potentially hundreds of thousands or more throughout the world that are going through Topical Steroid Withdrawal. The more stories that are shared, the stronger the community will become. It’s a snowball effect and this is our effort to contribute to that movement.” -Carlos Torres, Director

Cecillia French had the opportunity of having her TSW story turned into a short film by two-time Emmy award winning video production company @CutFocus. In an effort to create awareness of this preventable disease, they started a campaign in hopes that Cecillia’s insights, along with a series of posters, will inspire others to share their TSW realities through the hashtag #MyTSWStory Please follow @misscecifrench and the @CutFocus [Production Company] on Instagram to learn more.

Learn more about “My Life During Topical Steroid Withdrawal,” including behind the scenes here: 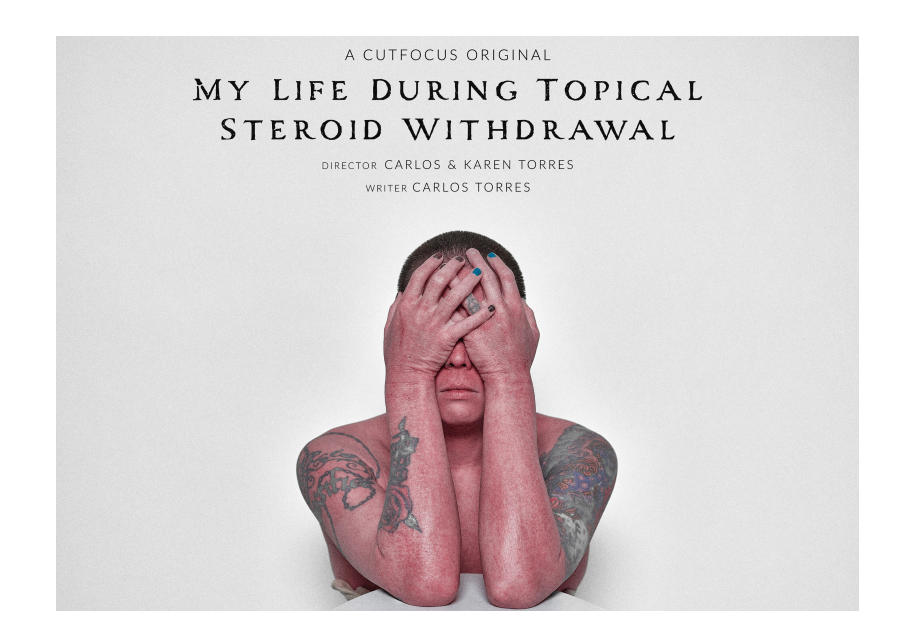 Do What is Most Essential – Tips for TSW Parent Caregivers